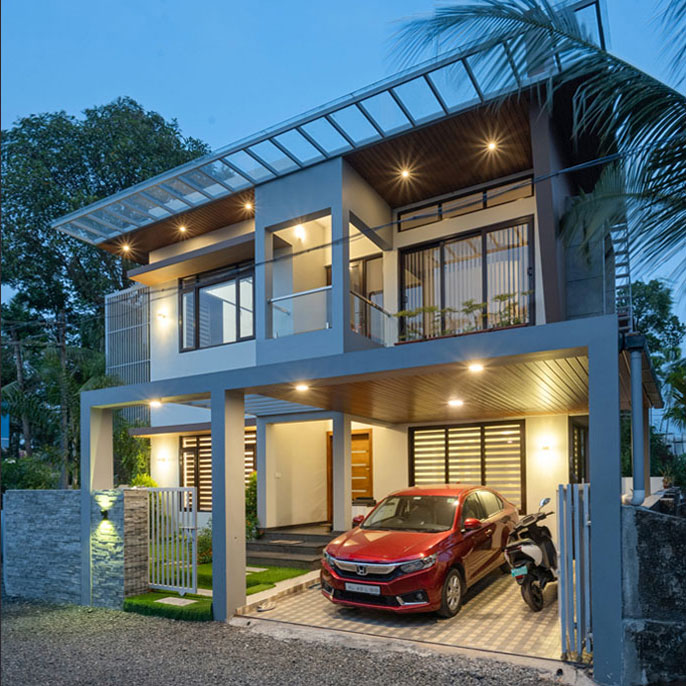 Kerala architecture is a famous style of architecture in southern India. This architectural style is primarily based on the principles of Thatch Shastra and Vastu Shastra which means the science of carpentry and the science of architecture and construction. The features you will notice at a house built with Kerala traditional style of architecture will be the sloped roofs in rectangular square or circular shapes which can withstand the heavy monsoon climate, tall pillars, airy courtyards and gable windows. Stone, timber, clay are some of the local materials used in this type of house. A traditional Kerala house, it is integrated with nalukkettu, ettukkettu or pathinarukkettu, depending on the size of the plot and the affluence of the owner.

Main Features in a Kerala traditional style house are -:

Padippura is a structure containing a door forming part of compound wall which lead to the main part of the house. It traditionally has a clay-tiled pitched roof. The modern, contemporary versions of the padippura now include wooden gate entrance.

Poomukham is the first interior space of the house – a verandah, with a sloping tiled roof with pillars supporting the roof. In the oldendays, the head of the family (karnavar) would sit here, on a reclining chair.

In Kerala architecture, the poomukham is appended with an open passage. the chuttu verandah, which leads to either side of the house, usually surrounding it. This space was traditionally marked by lights that were suspended from the roof, hung at equal distance from each other.

Along the chuttu veranda and the poomukham are parapet-style, traditional carved wooden or cement benches. These are called charupady. They allow one to sit back and enjoy the views around the home, the breeze and the rain. Traditionally, these were made for the family and visitors to socialise in. 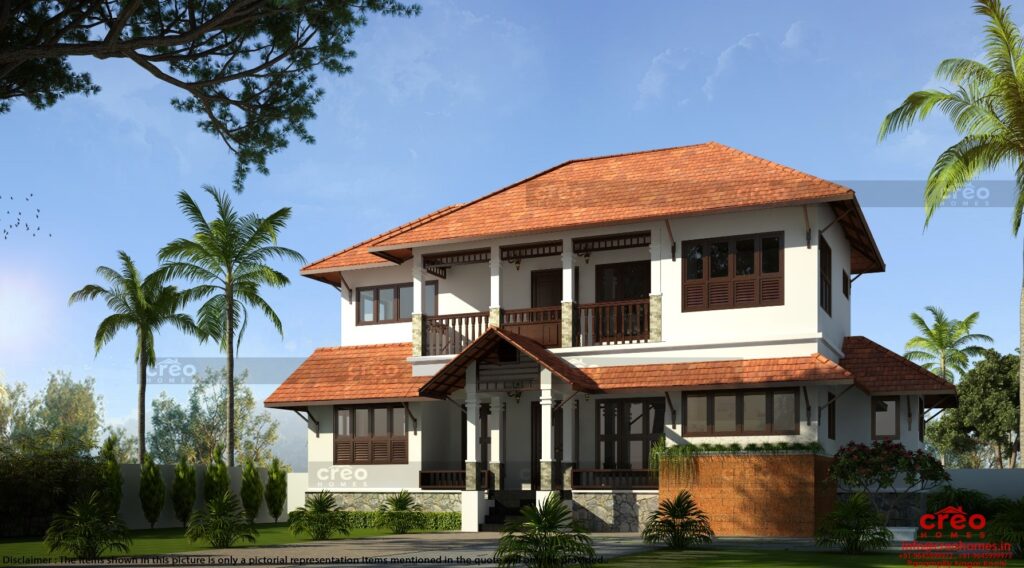 The geometric lines of the house are regular and rigorous. Flat roofs are common, though modern ranch-style houses had gable roofs.

Sliding-glass doors and other expansive panes of glass allow light to enter rooms from multiple angles.

Small steps going up and down between rooms creates split-level spaces. A mid-century modern might have partial walls, or cabinets of varying heights to create different depths in the space. 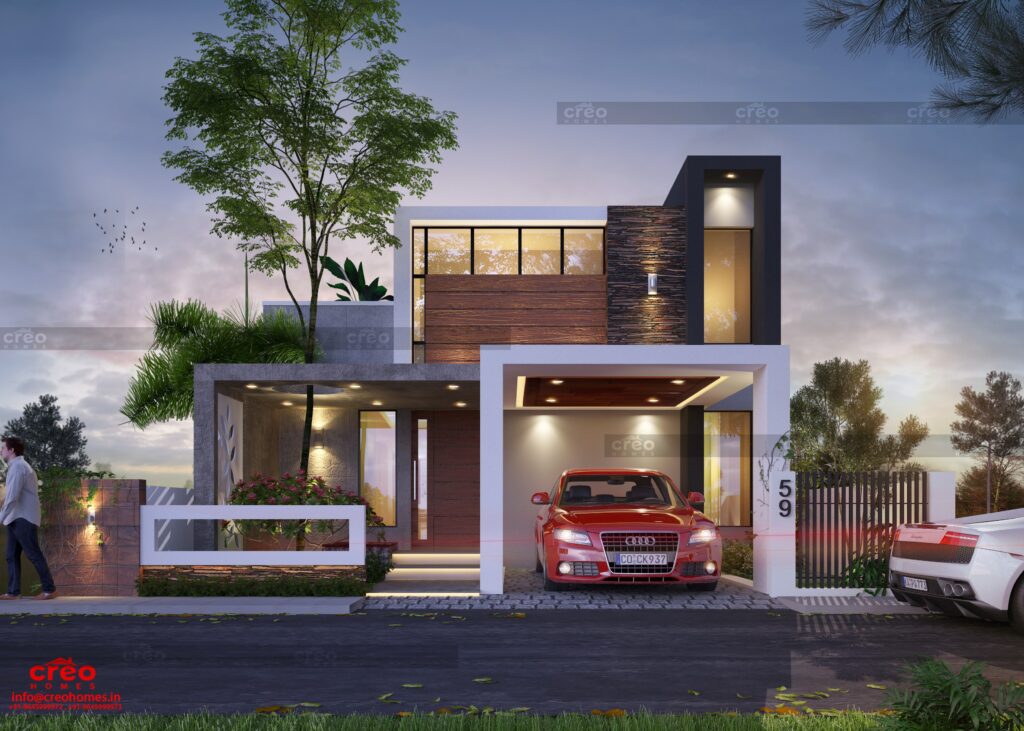